Detective Fiction & Undercover Agents
& Why Are We Obsessed With Them?

From the Scarlet Pimpernel to James Bond, our enduring fascination with espionage shows no sign of abating. Undercover detective fiction, agents and spy stories continue to thrill and entertain us. As humans, we are intrigued by the mysterious and the unknown, and the frisson of electricity we feel when a secret is revealed to us demonstrates our need to know the truth. However, is our natural nosiness the only factor which drives our obsession with spies and undercover agents?

Perhaps not. First, there is the moral aspect. The strong moral undertone in most spy and undercover detective stories (let`s forget, shall we, for a moment, that James Bond is arguably the most `A` moral person ever when it comes to his personal life) plays to our sense of right and wrong; the goodie and the baddie-the goodie, of course, being the particular spy presented as such! Nevertheless, we are seduced by characters such as Jason Bourne and James Bond, who are portrayed as noble and almost omnipotent, with their honed physiques, enviable combat skills, and mastery of at least a dozen languages each…

Which brings us onto the next factor. Protection. Some part of us likes to believe that there are agents like this out there. Who solves the crime, save the day, or the girl, or stop the right information from getting into the wrong hands. A societal belief that there is an army of competent and successful spies and undercover agents out there who can soothe threats, bring criminals to justice and dampen political outrage. Interestingly, the cult following of James bond was at its highest when America and the Soviet Union came closest to nuclear war. In reality, of course, espionage these days is rather more boring much of the time. Lots of time in front of computers and listening to monotonous conversations rather than high-speed car chases or femme fatale seductions.

Nevertheless, these stories provide us with a cotton wool covered comfort zone from existential threats and have done so historically. During the First World War, John Buchan (of Thirty-nine steps and Greenmantle fame) rose in popularity for his espionage books largely concerned with the clashes between the Western world and perceived barbarianism. And in recent times, the rise of insider spy fiction, written by those who have themselves been intelligence officers or undercover detectives, has a special claim to authenticity and creates a further feeling of security as we lose more and more trust in our Governments capacity for effective rule.

So despite the undoubted thrill of accompanying our chosen spy on covert operations, through the twists and turns of subterfuge and the greatest of dangers, these may be the other, more subtle reasons why we love a good espionage thriller, and we never grow out of them.

A BOOK AWARD OF DISTINCTION 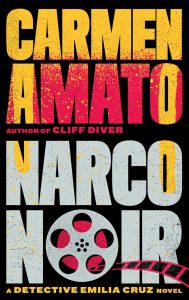 A bitter past drives Acapulco’s first female police detective into a Hollywood film starring lies and murder when she goes undercover to catch a killer. As the camera rolls, Detective Emilia Cruz will face her toughest case yet. 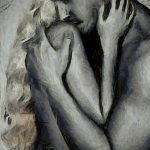 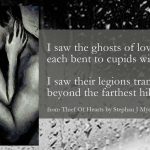 For my part, I never went seeking a Goodbye Love Poem when I lost the love of my life. The poem I found was quite by chance at the suggestion of a friend. I have since read other Goodbye Love Poems but Love’s Last March by Stephan J Myers is the one I return to time and time again.
Rhythmically enthralling and conjuring powerful imagery it’s not long and yet it helped condense and reconcile all my feelings into a few perfectly pitched stanzas. Reminding me that lovers never really die if we hold them in our hearts! 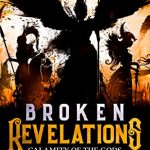 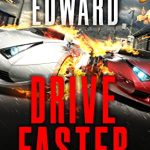