The paradoxes and quandaries of time

There can be little argument that the paradoxes and quandaries of time travel continue to fascinate readers and authors alike. Google the best Time Travel Novels and you will invariably find The Time Machine by H.G. Wells in the number one spot but there are a host of bestselling authors who have also made their mark. Authors like Kurt Vonnegut with Slaughterhouse-Five, Isaac Asimov with The End of Eternity and The Accidental Time Machine by Joe Haldeman but it was H. G. Wells who popularized the idea of time travel by mechanical means.

The best time travel books in fiction have certainly gone through something of a transition. Once easily classified as “science fiction” because, unlike fantasy, science fiction doesn’t introduce magical powers or beings, the laws of physics have taken something of a back seat with time travel romance novels like Outlander gaining popular applause. But what of the hard sci-fi elements of time travel. Is interest dwindling or are they set for a resurgence?

Are we terrified of time?

At the heart of every great time travel story is the reality that time is the greatest thief. Consigning our pasts to imperfect memories and through the inevitability of death limiting the years ahead. If we were honest with ourselves we might actually admit to being terrified of time and who wouldn’t want to exercise control over something we have come to fear? Which brings us back to our question, is hard sci-fi and time travel set for a resurgence?

Novels like The Time Travellers Wife by Audrey Niffenegger have enjoyed huge success and will continue to do so but hard sci-fi values scientific accuracy. It weaves technically accurate science into educated speculation, slipping intricate details into the story to back up the writer’s extrapolations. It might just be wishful thinking, the technology might forever evade us but having something tangible on which to pin our hopes has always been the strength of hard sci-fi and if anything it has a greater draw today than ever before. 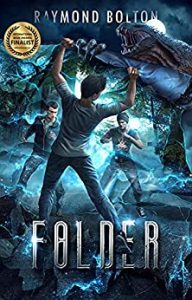 Exploring multiple dimensions has become a popular theme in science fiction and the superhero universe but it takes something special to really stand out and Bolton has this covered with Folder proving a concept with endless possibilities. 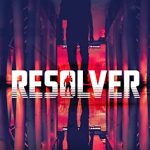 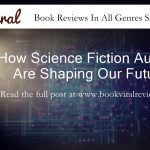