The current state of world politics and the relentless pace of change continues to prove a rich source of inspiration for authors writing political satire. From Stephen Colbert, Jon Stewart, to Salman Rushdie and Ben Elton (to name but a few contemporary political satirists) satire has historically been used throughout America and the United Kingdom as a more temperate way of commentary.

It’s had its highs and lows but with the advent of the internet, it is reaching an ever-widening audience with videos, cartoons, photos and political commentary continuously posted on the likes of Facebook, Twitter, Instagram and beyond. With the approval ratings of politicians at an all-time low and growing public disenchantment with broken political systems, political satire is needed more than ever to make people laugh but is it in the throes of a dangerous paradigm shift with the danger of it morphing into something wholly destructive?

Politicians are rarely loved. In the USA and the United Kingdom, the humorous deriding of the politically powerful has a proud heritage. But when it comes to politics it’s typically the malcontent who shout the loudest whilst the contented have less desire for change and are therefore less vocal. The result is a disproportionate perspective that’s often akin to a lynch mob.

Yes, political satire is booming but now more than ever we need temperate and considered literary voices to ensure political satire remains a powerful force for mobilizing meaningful political change. Informed and intelligent satire does not just scrutinize and deride the great and the good it helps engage those who otherwise find politics wearisome.  Politics can be made fun, raucous and appealing and there are some exciting new literary voices doing just that.

As always, we write our blogs with the intent of sparking a degree of reflection. If you are currently in the process of writing a political satire or about to pen your opening chapter your thoughts are always welcome. 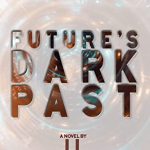