What Do Readers Want From Great Fantasy Fiction?

The imaginary worlds and characters of fantasy fiction continue to enthral readers around the world with no shortage of new titles being released but quantity has rarely been synonymous with quality and the truly great novels are few and far between. Who hasn’t heard of A Game of Thrones by George R. R. Martin, The Fellowship of the Ring by J. R. R. Tolkien or The Lion, the Witch and the Wardrobe by C. S. Lewis? And yet whilst you might think of a few more names to add to a very distinguished list they are but the tip of a very big iceberg with most Fantasy Fiction novels never selling more than a paltry handful of copies whilst their authors sink into the quagmire of obscurity.

Now great writing and an eye-catching cover will only take a Fantasy Fiction author so far. Social media and a wad of luck are certainly in the mix but to be in with a chance of making the bestseller charts a novel needs to have something that sets it apart from its peers. That gets its readers singing its praises and spreading the word that it’s an absolute must read! Trawl the web and you will find a vast number of blog posts dedicated to writing Fantasy Fiction but what do readers really want and expect from a great fantasy fiction read? We recently polled over 1000 of our readers and four things rose to the top again and again. There’s no need to gild the lily, these are the things that make the gems of Fantasy Fiction so very special and here they are.

1 Originality! Harry Potter became a global phenomenon and suddenly there are enough novels about boy wizards to pave a path to the moon. Derivative trope ridden fantasy fiction is so cliché and readers soon toss it aside in their hunt for something special.

2 World building! Great fantasy fiction is all about escapism. Readers want to be drawn into a setting that immerses them in a different time and place. They want to see the authors world, to have it materialize in their mind’s eye and to imagine what it would like to be there. Sub-par world building is a sure fire way to get readers dissing a novel.

3 An authentic system of magic! Who doesn’t wish they could perform even the tiniest feat of magic? Just a little something out of the ordinary. For the most part, readers are enamoured with fantasy fiction because they want to believe that magic is possible but they quickly see through and turn off to poorly conceptualised systems of magic. Readers of fantasy fiction have an inherent need to believe!

4 Amazing characters! If in doubt look to the ensemble of brilliant characters in GOT. Fantasy fiction readers need to become fully invested in the characters they read about. You might point out that it’s the same for other genres and you would be absolutely right but here’s the thing. Great characters cannot be fully crafted from ‘how to’ books on fiction. They take on a life of their own as an author writes. They are sculpted, refined and somewhere along the way a little bit of literary magic takes place. Readers, especially fantasy fiction readers know great characters when they read about them and poorly development lacklustre characters will be abandoned long before the last page of a novel.

So there you have it. The overwhelming views of over a thousand Fantasy Fiction readers. Just four things that when done right make fantasy fiction the ever-popular genre it is. 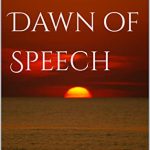 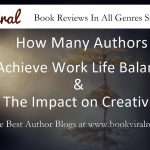 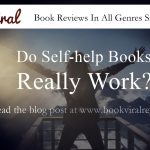 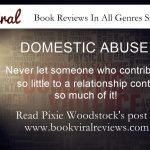