When Does A Fantasy Trope
Become A Hated Cliche?

When it comes to Fantasy Fiction the favoured tropes are all but set in stone. Look to the genre greats, the likes of Brandon Sanderson, George R. R. Martin, H. P. Lovecraft and Terry Pratchett (to name just a few) and you will find fantasy character tropes and fantasy world building tropes popping up over and over again. Readers love them and publishers know they sell books but there is always room for something new. Sadly the truly innovative writers, the ones who redefine a genre and spawn a host of copycat reads are few and far between. So When Does A Fantasy Trope Become A Hated Cliche and should authors care?

The best fantasy fiction is most often distinguished by the plausibility of its narrative elements. Authors have to rely on the readers’ suspension of disbelief, an acceptance of the unbelievable or incredible for the sake of enjoyment, and in the main, they are drawn to tropes because they are safe. But well-worn tropes invariably run the risk of becoming hated fantasy clichés. Fantasy world building based on medieval European-style monarchies. The likes of Jacqueline Carey’s Kushiel’s Legacy series and of course the iconic Game Of Thrones, all-powerful magical objects and oversimplified dynamics which look to the extremes of good versus evil.

There’s No Such Thing As A New Idea!

Mark Twain wrote, “There is no such thing as a new idea. It is impossible. We simply take a lot of old ideas and put them into a sort of mental kaleidoscope. We give them a turn and they make new and curious combinations. We keep on turning and making new combinations indefinitely, but they are the same old pieces of coloured glass that have been in use through all the ages”

Is Originality An Illusion?

Does that mean that originality itself is an illusion and tired old tropes are unavoidable? It’s a question that could be debated at length but the challenge for all authors, especially those debuting in the Fantasy genre is to recognise when a trope finally becomes a cliché. As a rule of thumb, any expression, idea, or element of a story which has become overused to the point of losing its original meaning or effect, especially to the point of being hackneyed or nauseating has probably crossed the line between the two and calls for an injection of originality.

As we always say, any view is subjective and what we always aim to do with our blog posts is to provide a point of reference upon which you can build. We hope we’ve given you something to reflect upon by asking “When Does A Fantasy Trope Become A Hated Cliche?” and whatever your thoughts we are always open to comments and ideas. 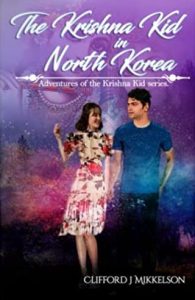 Part alternative reality; part fantasy, The Krishna Kid in North Korea marks a new beginning for author, Clifford J Mikkelson, as he launches a new Superhero series featuring protagonist, Krishna Das, who is blessed with Superpowers with a difference. 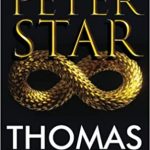 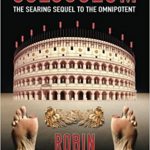 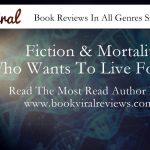