It is an inescapable fact that Language is always changing, evolving, and adapting to the needs of successive generations. It’s the way of evolution and as long as the needs of language users continue to change, so will the language. Changes in language used to be slow from one year to the next so that it was only with hindsight that we really noticed it but with the explosion in social media it’s no longer the case. Language is changing at a rate never seen before. Abbreviations are liberally injected into most written conversations and emoji’s have made language increasingly more visual, but is the pace of change a good thing or has the diachronic process simply adapted.

Driving the pace of linguistic change is undoubtedly the influence of social media. Communications are faster than ever before. Gone are the days where we laboured over a written letter to be sent by ‘snail mail’ Even the humble email seems to be ailing as we demand to be connected twenty-four hours a day. We don’t want to wait for replies, we are forever in a hurry to get our thoughts across and are increasingly hungry for emerging stories.

Is Language Change A Good Thing?

Even traditional bastions of the English language like the BBC have succumbed to the rapid pace of change in order to keep up with the vernacular of its readers. But to come back to our original question. Is the pace of change a good thing?

It is, of course, the subject a bigger debate but a couple of things stand out. Our need for instant gratification has made language considerably more casual and whilst there are those who vehemently fight to defend the ‘Queen’s English’ the majority of us have become increasingly more accepting of quicker ways to get our point across. There is also the matter of linguistic creativity. Along with the meteoric rise of social media has been our ability to access images, music, film and literature where narrative practices have always made a radical contribution to linguistic, literary and cultural change. Conversely, creativity comes from self-expression and the two are intrinsically linked. 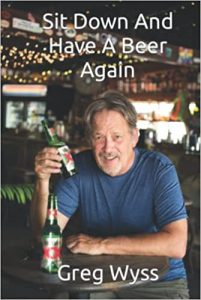