Writing About Religion - The Good & The Bad.

I was raised in an intensely spiritual household. Deference to God’s wishes was observed – these decided by what was on offer. Religious beliefs, holy books, and the thoughtfulness of my parents dictated much of the spiritual leanings of the household. Which religion was this? It really doesn’t matter! Rather, the question which should be posed is maybe ‘What is religion for?’ or even ‘are religion and spirituality one and the same thing?’

It is estimated that there are approximately 10,000 religions in the world. Even then, the concept of religion itself is hard to understand – in some people’s eyes synonymous with spirituality, and in others largely a vehicle for control. The ambiguity of defining religion means it sits sometimes with beliefs and subsequent motivations and behaviours but can at other times be tied to the meaning of life. It can include belief in a creator, but conversely can encompass the oneness of all nature in its manifestation.

The Good & The Bad Aspects Of Religion

And all the while the ongoing speculation continues – is religion a force for good or bad? This seems on the surface to be a contradiction in terms as we tend to think of religiously observant people as ‘good’ individuals. However, what about the ones who are not? Those who peddle faith for material gain, who use guilt as control, or who raise themselves up as demi-gods in the name of religion?

Both religion and spirituality are based on a belief system. We use the word ‘faith’ to express this. Faith is described as ‘the assured expectation of things though not beheld’, or ‘a complete trust or confidence in something’. This suggests a conviction based not entirely on factual evidence. Does this mean all people should shun religion?

This must be a personal decision.

As humans, we base many of our actions upon things not proved. On science, which is the pursuit of knowledge and understanding based on evidence, but which is constantly seeking to disprove as much as to prove; on love, which we accept and blossom under, but is only truly known in depth and extent by the one loving; and of many other fragile and fleeting anchors by which we remain grounded throughout our fleeting lives.

However, we would do well to question, rather than blindly follow. To seek to inform ourselves of the motivations of those who would shape our thoughts and actions, our ethics and our principles. Our lives are short and precious. But they are ours to live and as such give them our own meaning. 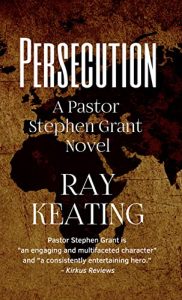