A Step Through The Empty By H. E. Salian 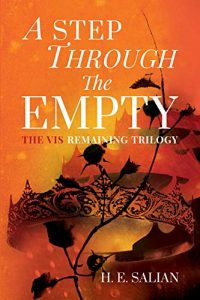 Brynte Godric quickly learns being crowned king was the easy part. Keeping that crown is what’s dangerous. With everyone from a world-ruling organization to his mother after the crown, Bry has a lot of fighting ahead. So he’s surprised the arranged marriage to the shy young Princess Stori goes better than expected. With it, he has averted one war. Now on to the next. His only hope is staying one step ahead while keeping his kingdom from turning against him too. Amid all that chaos, how bad can one more assassin and a genius hacker thrown into the mix really be?

Originality and authenticity always make for great books and it’s certainly true for A Step Through The Empty. A novel that might be described as genre-busting and undoubtedly breaks the genre mould as Salian masterfully blends the requisite elements of traditional fantasy with the constant allure of science fiction.

A superb story with gathering momentum, Salian’s characters are vividly real as they draw her readers into an impressively imaginative world. Where technological realism seems a natural foil to such high fantasy staples as castles, dragons and magic as readers are introduced to the sphaere system. An intriguing concept underpinning  Salian’s narrative that propels it forward at a cracking pace.

Intelligent and immediately engaging, Salian revels in the machinations of her tale as she weaves converging plot lines together. Writing in crisp prose and only lingering in the detail when it isn’t to the detriment of her storyline, she has a meticulous eye for essential detail. It is evident in the characters she creates and the authenticity she brings to Medius, as she boldly imbues it with real-world agendas that are manifested in war and the political manoeuvrings of ruling a disparate kingdom.

This is world-building at its very best. Vibrant, bold, yet subtly nuanced to create a genuine sense of time and place with Salian demonstrating her grasp on the devices of engaging fantasy as she takes her readers on a beguiling journey that treats the imagination, though ultimately it’s her characters that must take the honours. From young King Brynte Godric to the Halfling Shade Shad, Lawr, the Albino assassin Sverre and more. Each is wonderfully observed and bring a prevailing sense of gravitas to Salian’s story to deliver a rousing and evocative page-turner.

A gem to be savoured there is much to keep the most ardent of fantasy fans on tenterhooks page after page whilst making a superb start to The Vis Remaining Trilogy. As good as it gets in the fantasy genre A Step Through The Empty is highly recommended! 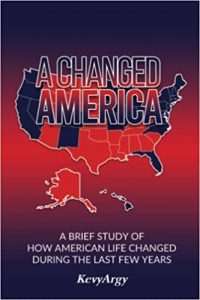 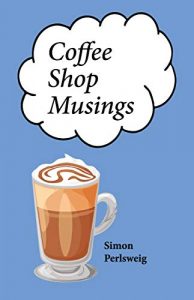 An endearing collection of short verses, ‘Coffee shop Musings’ moves from amusing to perceptive as it meanders through a plethora of mind wanderings and real-life situations. 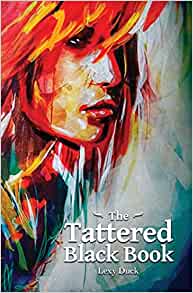 Duck’s writing is light and easy to read, her plot vibrant and a pleasure to follow, but what sets her novel apart is a clear understanding of how family dynamics, in their differing guises, shape our years, with character development at the heart of her narrative.