A BookViral Review Of 99% Down By Chaselyn Roderick 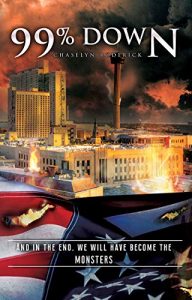 No one was ready for the end of the world. Technically, I guess it isn’t over yet… because I’m still here. My dad used to say we were the lucky ones, and I believed him. We had survived the ‘solution’. A vaccine the government had created and given us no chance to refuse. A drug that ultimately mutated and eliminated 99% of the population. The world might not have ended, but most of us that are left wish it had. My name is Rowan Keys. I had a family once. But now, it’s just me. My dad said we were the lucky ones. That wasn’t true. I’m just part of the 1% left waiting to die.

The end of the world as we know it has long become a fictional staple yet few Dystopian Science Fiction novels score high when it comes to originality with many seeming little more than recycled plots from previous bestsellers. But 99% Down proves a genuine gem with Chaselyn Roderick delivering a post-apocalypse chiller that’s not only refreshingly original and intelligent but resonates with haunting sombreness.

The best Dystopian Science Fiction novels keep us on the edge of our seats with hearts racing because the end of life as we know it is so hard to comprehend and here Roderick gives us a narrative that’s relentless in its pacing whilst being unsettlingly familiar.

A novel with purpose where ordinary people are irrevocably changed by the manipulation of DNA Roderick brings the psychological impact of her surviving humans to the fore. Rendering her protagonists with well-observed personas and heart-rending backstories that add palpable depth to her characters. Despite their dire circumstances they are full and alive, and each has a purpose as she draws us into a dystopian setting that’s wholly convincing.

Perhaps more importantly Roderick doesn’t make the mistake of exalting her characters as extraordinary individuals. They are simply survivors and in characters like Rowan, Cade, Asher and Lilith, she allows their emotional fragility to come through which means we never lose sight of the tenuous nature of their survival.

A highly entertaining Dystopian Science Fiction Thriller that raises high expectations for future releases from Roderick 99% Down proves a compelling read and is recommended without reservation. 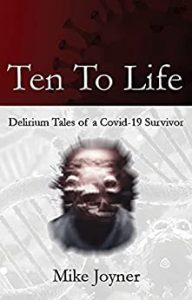 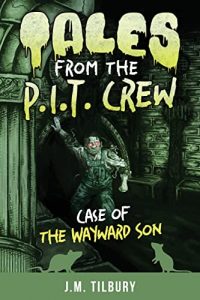