The Part That Burns From Jeannine Ouellette 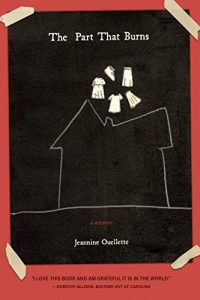 Insightful and beautifully written, The Part That Burns by Jeannine Ouellette conveys an extraordinary level of intimacy, with her unique personality and resilience shining through from the very first page.

Demonstrating an unerring ability to grasp the reality of her past. She shares her experiences with acuity and though they make for an incredibly emotive read, she refuses to cast herself in the role of victim.

The miasma that lingers over public discussions of sexual abuse continues and it’s true that few readers will ever fully be able to relate to Ouellette’s life, but through her candidness, we are reminded of the indomitable spirit that so many embrace when forced upon similar paths.

Devoid of maudlin histrionics, it’s a highly affecting read and yet more notably Ouellette never forgets about the joyous qualities in life. Yes, she’s had to reach further than most to grasp them, but by fearlessly sharing her own story she invites her readers to take a step back and re-evaluate their own lives and on this level, it will likely lead to much reflection.

With her story revealed through exquisitely crafted vignettes and disparate timelines, she writes in lyrical and absorbing prose but as dark as it is at times it is never the less a journey towards the light. It’s her life story, one in which she has been sexually abused and forced to carry the emotional trauma that victims of such assaults carry long into adulthood. But she leaves us with a clear understanding of the long term effects of childhood sexual abuse and how to move forward.

A tremendously powerful read that will touch your heart and mind to linger in your thoughts long after you have turned the last page. The Part That Burns is recommended without reservation. 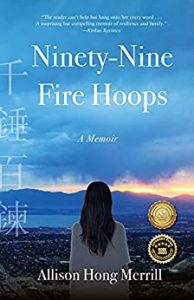 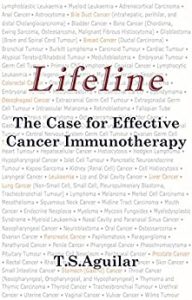 The book “Lifeline” provides a detailed review of a cancer case history, the failures of conventional cancer treatment that results in the death of close to 10 million “effectively treated” patients globally every year, and immunotherapy, which is the only hope we have to provide a cure for the disease.