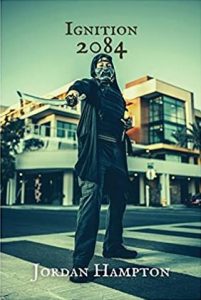 It’s pretty much assumed throughout fiction that the collapse of civilization will result in the rise of warring factions and it’s this assumption that underlies Ignition 2084. But don’t for a minute think that Hampton’s novel is a rehash of tired old tropes and moribund crestfallen clichés as he gives us a richly realized dystopian science-fiction that maintains its own distinct identity.

Working within a conventional narrative framework Hampton proves to be a superb storyteller with Ignition 2084 growing richer with every page. He has a master’s sagacity of pacing, immersing us into his future world rather than assailing us with nonstop action, and envisioning that world with an architect’s eye for the smallest details with this underpinned by his passion for the martial arts.

With instinct and craft, Hampton keeps Ignition 2084 moving forward with cyclonic momentum and tight focused scenes but whilst his narrative is infused with violence he doesn’t exploit it and regularly throws his readers off-balance by mixing the ricochet rhythms of superb battle scenes with quieter moments that explore the psyches of his key characters. There are a number of them who are pivotal to his plot like John. Bryan, Serenity, Serafina and Cal but Hampton’s overall cast of characters is just tremendous. 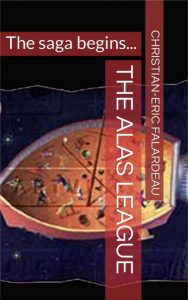 It’s one of those rare reads that is not only original – something that is increasingly hard to find in the written word – but has tonal shifts you won’t expect with Falardeau refusing to succumb to a tiresome commercial formula for a science fiction series. 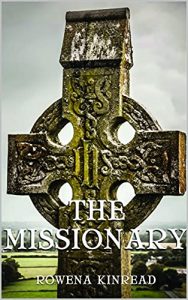