A BookViral Review Of Enemy Of The Gods By C. Hofsetz 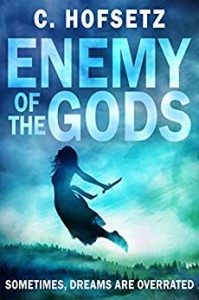 SUMMARY: Unbeknownst to most humans, there is a place where our consciousness drifts when we sleep. An ancient alien race of self-proclaimed “gods” calls this realm Pangea. For millennia, they needed no intervention from us. Until now.

When we reviewed Challenges of the Gods we described it as a fun well-conceptualized SF fantasy debut with oodles of momentum and we’re pleased to say Enemy of the Gods delivers more of the same! Rapidly shaping up to be a Sci-Fi epic series Hofsetz once more turns his imagination to The Wheel and the battle game created by Iris to test combatants from multiple versions of Earth.

In terms of sheer scope, it is wholly enthralling but whilst other authors in the genre go for page-to-page action Hofsetz strikes an altogether more equitable balance between action and intrigue which plays to the strengths of his main characters with Zeon once again taking centre stage.

With some opening shockers to keep readers on tenterhooks few novels in the genre deliver such vivid and persuasive narratives but once again Hofsetz has pitched it just right. He’s invested well in establishing his characters so that it not only matters what they do in battle but how they do it and because of the multidimensional aspects of the players, there are issues at stake which are far greater than simply which side wins.

For readers who got hooked on Challenges of the Gods, Enemy of the Gods will likely exceed their expectations and leave them eagerly anticipating book three. A must-read for SF Fantasy fans it is highly recommended. 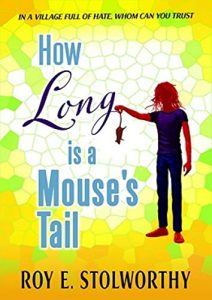 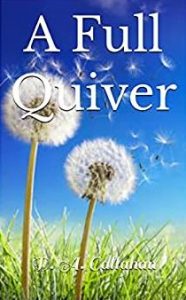