Original Fantasy With The Pig Wars By M K Theodoratus 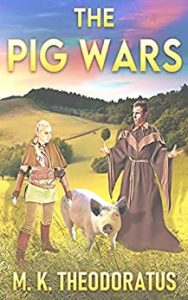 After inadvertently causing her father’s death with her magic in battle, Lady Rena avoids the political in-fighting among the Half-Elven of the Marches. She spends her days weaving and managing her lands, trying to heal from the trauma. But this fragile peace frays… Renna discovers she must fight for her life.

A powerful and authentic fantasy The Pig Wars is shrewdly conceptualized, expansive and propulsive with Theodoratus confidently embracing the requisites of fantasy fiction without the need to revert to time-worn tropes.

A fun read from the start, Theodoratus sets out to do two things: deliver an original story and an adventure that hurtles readers through a series of exciting encounters. She isn’t going for emotional complexity and yet like the best of reads her narrative foundation is personal and passionate.

Too many Fantasy novels go for wall to wall action, but in small graceful details Theodoratus has invested well in establishing her characters so we care about what they do and how they do it, leading us to feel there are issues at stake which are greater than simply which side wins.

Detail is her forte, and no more evident than in the wonderful array of characters around which her story ultimately revolves with each prominent character given an engaging backstory and thoughtfully nuanced to solicit genuine empathy for them.

First and foremost is Lady Renna and here Theodoratus has given us a protagonist who is refreshingly free of the genres clichés. There’s burgeoning romance, bravery and tragedy with these alone being reasons to pick up a copy and start reading, whilst the promise of an epic saga in the making will leave many readers hoping there is much more to come.

A genuine page-turner that will keep readers on tenterhooks throughout The Pig Wars is highly recommended.

With wonderfully imaginative images that feel wholly authentic Myers has created a true classic for the winter season. A hypnotic melody of images and words that never fails to capture the imagination, 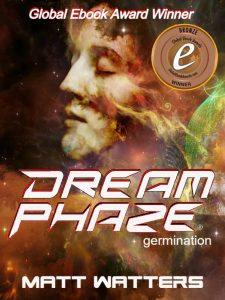