A BookViral Review Of Healing Star By Ian Blake Newhem 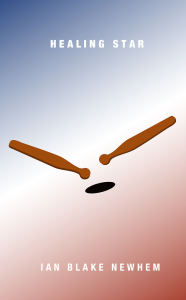 SUMMARY: An historical love triangle – a teenage drummer at war with a painful past, aided by a mysterious young stranger and the girl they both love – struggles together against the forces of violence as a people fight for their freedom.

Taking both brutal realism and hauntingly beautiful prose to the edges of what one customarily finds in mainstream literature author Ian Blake Newhem has penned a powerfully vivid and visceral portrait of the British Army and the American Revolutionary War,

in terms of authenticity the battle sequences are truly impressive. From Aric and Orion trudging through a battle-torn landscape to musket-shot, or the aftermath of bloody combat, the stark clarity of Newhem’s prose combined with his intimate style of narrative evokes immediacy, fear and inescapable reflection.

Both brutal survival tale and coming of age story it is a damning testament to the British treatment of native American Indians during the Revolutionary War but what is particularly impressive is Newhem’s unitary control and fluency. Switching between timeframes as we come to understand the extent of Aric’s abuse, the conflicting feelings he has for Orion and his ultimate transition from boy to man with Ak’tadia. The futility he feels and the clarity his relationship with Orion brings. On this level, Newhem abandons the contrivances of ordinary plotting to look, in detail, at the way strangers get to know one another in extraordinary circumstances. Bringing the kind of vision and ambition that is rare in novels today.

Richly plotted, alternately inspiring and horrifying, Healing Star is an enlightening and highly entertaining read. It is recommended without reservation. 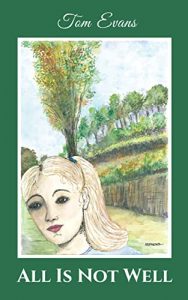 Happenstance, serendipity and luck dominate as the lives of characters crash against one another like pinballs in Tom Evans’ All Is Not Well. A novel that perfectly captures the unscripted events and coincidences of real life, where you can do your utmost best, and it’s never quite good enough.