A Review Of Her Eyes Underwater By Romona Simon 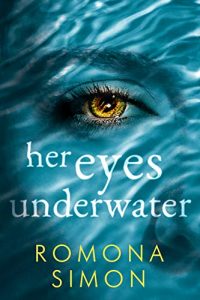 SUMMARY: If someone seems too good to be true…

People have been disappearing in the vast and pristine wilderness of 1970s Montana. Julia Strauss, a restless university student with a taste for adventure, is unaware and unconcerned. During a chance encounter at a café, she meets the captivating Alex Bowman and finds him handsome, polite and irresistible.

With so many undemanding and creatively bankrupt novels filling electronic shelves, Her Eyes Underwater proves a refreshingly original read. Morally dark and socially conscious with Simon’s characters being uniformly well-suited to their roles, their archetypical personas filled with colour and nuance in equal measure.

Yes, she shamelessly includes tried and tested tropes to give her narrative an iconic feel and it works well given the structure of her plot. She doesn’t explain everything to the reader but leads them through multiple plot threads and the differing perspectives of Julia and Alex to a clear cut and intensely powerful denouement.

Far too many books in this genre, leave frustrating loose threads to create more of a vague puzzle than genuine intrigue, but Simon maintains a notable balance between suspense and intrigue throughout. Visually and thematically strong, if Her Eyes Underwater was a film you could imagine a roaming camera, long lingering shots and POV angles, that’s how well Simon captures the imagination.

Impassioned, alarming, characteristically powerful and thought-provoking, Romantic thrillers don’t get much better than this and Her Eyes Underwater is Highly Recommended. 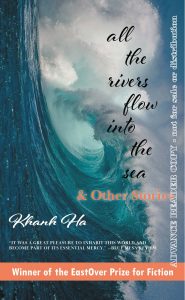