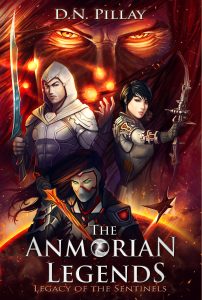 SUMMARY: in the wake of Thaedis’s victory on Zynoo, the Intergalactic Revolution of Independent Systems (IRIS) has lost a considerable margin against the tyrant’s Obsidian Dominion. The hope of freedom seems ever more distant.

Despite the odds, Rezaaran remains steadfastly determined and endeavours to unite a group of fabled warriors. But will this be enough to save Anmor from the coming darkness and defeat the nefarious villain who has bested him once before?

Reeling from defeat and betrayal Rezaaran must find the strength to rise again in this second enthralling release in Pillay’s Anmorian Legends series. An epic science fiction fantasy in the making, Legacy of the Sentinels takes events to another level as the malevolent force behind Thaedis is revealed and Rezaaran finally comes to know the full extent of his destiny.

Once again readers can take it for granted that Pillay’s plotting is superb. In Wrath Of The Exiled, he created the vast system of cosmology and magic upon which The Anmorian Legends series is built but he’s certainly not an author to rest on his laurels. Traversing space, time and hidden dimensions the sheer scale of Pillay’s narrative is impressive whilst character development is absolutely superb.

From Rezaaran’s transformation to characters like Ashana, Quirt and the AI ADAM, Pillay makes them all feel wholly authentic. Their backstories were largely established in Wrath Of The Exiled but here we get more into the tragedies that bind them together as we once more become fully invested in them. On this level, he sweeps aside the genres self-limiting tropes to engage not only the mind but the heart as well.

A highly inventive and rewarding read Pillay is clearly on a roll and Legacy of the Sentinels is recommended without reservation. 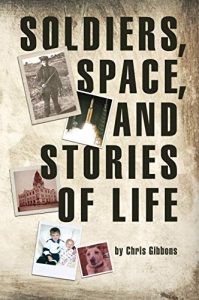 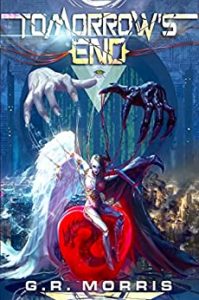