The Best YA Fantasy Book Reviews From BookViral

A BookViral Review Of Mynd Adref By Noah Kendale 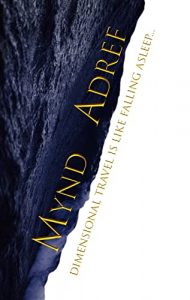 Something dark is coming and it’s sure to capture your imagination.  A magic that has spanned the centuries and is manifested in the forces of good and evil with the release of Book 1 in Noah Kendale’s Mynd Adref: Unveiled Reality series.

A supernatural amalgamation of everything that is universally loved by young adult fantasy readers; there’s magic, friendship and adversity whilst every character is wonderfully nuanced with an intriguing back-story that adds to their development. But perhaps the real magic to be found in Kendale’s novel is his ability to engage our dreams and lust for adventure by creating a highly original storyline that will resonate with his readers.

With much more than a trite fantasy plotline, his young protagonist Maci is defined in a realistic and empathetic way that pulls the reader through the story with her. Whilst her father, Raegan, brings a darker element to Kendale’s narrative as he comes to face the consequences of his actions and the undeniable truth that Maci has a fate beyond his control.

Yes, you could point to a host of bestselling books in the genre and make justifiable comparisons but Kendale has a particular turn of phrase and an ability to craft tense action scenes that is rather distinctive. The kind of action scenes that are synonymous with epic fantasy. And which powerfully convey the potential scale of his Mynd Adref: Unveiled Reality series.

Combined with the mechanics of good storytelling there is much to commend Kendale’s debut novel and it certainly deserves to grab a few headlines. A fine start to an exciting new YA Fantasy series it is unreservedly recommended. 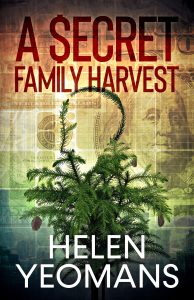 Yeoman’s writing is fastidious, smart and more than a bit portentous as it probes the house of cards we have come to call the monetary system but readers don’t need to understand a lot about global monetary drivers to follow the story as she re-imagines the classic nuclear family formula but with a sharp sense of irony and a slow-burn narrative to immerse us.