A BookViral Review Of Never-DEAD By Ann Greyson 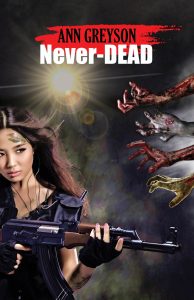 SUMMARY: In 2012 the Mayas calendar ends with a world changing viral disease that brings the dead back to life.

Zombie fiction isn’t new so it’s always nice to come across something a little different and Never-DEAD certainly fits the bill. A zombie thriller with some discerning twists, it’s the debut release from Ann Greyson and she’s packed quite a punch! Immediately immersive, she weaves the requisite elements of the genre into a nail-biting narrative with sisters Hannah and Jenna finding themselves separated as the Never Dead virus threatens to destroy everything they know and love.

Against all odds, Jenna must journey from San Antonio to New Mexico to join Hannah in the safety of the Biogenetics and Disease Control facility. But it’s a journey fraught with peril and this is where Greyson as a writer comes into her own. She’s set out to write a fast-paced character-driven thriller and that’s what she delivers but because Never-DEAD doesn’t have a post-apocalyptic setting she manages to create a purposeful sense of place which many novels in the genre fail to do.

Ultimately the force of any Zombie novel lies largely in how vividly it evokes the fear of things we have to lose and on this level the strength of its main characters are well pitched. The zombie attack set pieces are tense with the ugly reality of real-life and death fights brought to life through Jenna’s many life and death encounters.

An original and entertaining read Never-DEAD proves a strong debut for Greyson and is strongly recommended. 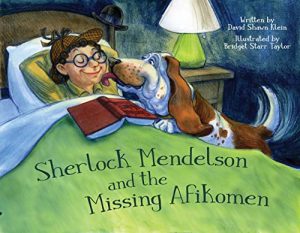