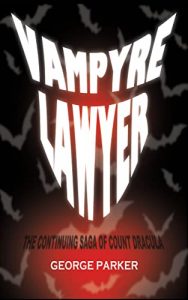 “When Count Dracula joins a goth band, you know it’s just another day in New Orleans.”

A joy to read from beginning to end Vampyre Lawyer is that rare sort of novel where you find yourself checking to see how many pages are left and hoping there are more, not fewer, to come.

Ferociously fun to read without a trace of caution or complacency, every layer that you peel away leads to something more intriguing and richer as Parker combines hard-boiled and utilitarian prose with a wicked plot. So much so that his narrative deserves comparison with other masters of spare prose like Raymond Chandler to Elmore Leonard who like Parker had the ability to make their words humorous without ever needing to ask for a laugh.

“Just like the audience, just like the band, just like everyone on the face of the earth, the Count knew he was searching for that path to the heart of himself. But the path is unmarked, unmapped, and unfindable unless you do what all indigenous people have done since the dawn of time: dance.”

In a lesser novel, the dialogue in this scene would have been entirely plot-driven but Parker uses reflection to establish the Count’s changing relationship with those around him and it’s vignettes like these that bring vividly original characters like the Count to life.

Supported by a rogues gallery of laconic key characters like Bradley Harrington Chester III, Bleddon and Santucci, who are far more than simple plot markers, their motivations have psychological depth and real resonance within Parker’s narrative. They’re characters who exist in the crevices of society but are smart and verbal, and don’t take forever to get to the point so when the final chapter closes everything makes sense. 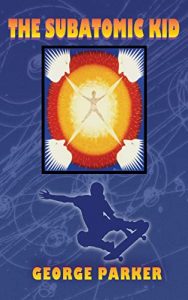 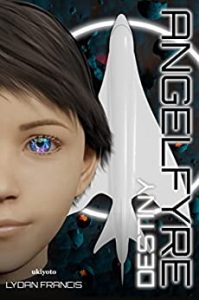