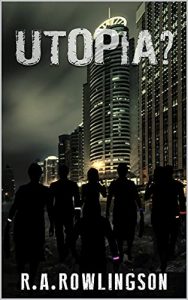 New Post-Apocalyptic Dystopian fiction, more often than not, leans towards the bleak whilst relying heavily on genre tropes but “Utopia?” is something a little different. A novel with ideas that whilst unnerving is refreshingly original.

Smart and provocative Rowlingson paints a potential future that seems frighteningly probable as society becomes increasingly fragmented with class at the center of his narrative.

It’s a chilling vision he serves us where society’s elite live opulent lifestyles whilst those of lesser standing are marginalized with opportunities limited by their level in society.

What is happening is often implied, not spelt out, and as readers we are required to observe what proves to be an enthralling construct, from its cast of superb characters to the incisive moral and ethical conundrums that Rowlingson explores.

“Utopia?” could have come unravelled if Rowlingson had favoured ramping up contrived melodrama toward some sort of dazzling Post-Apocalyptic Science Fiction showdown but he keeps it real with tension coming in two ways. First, there’s the danger that Mason will be detected as he infiltrates the ‘commune’ where the heavy boot of dystopian law is regularly felt. Second, there is the elusive identity of the pixelated man as Mason finds himself drawn ever deeper into what will be a defining battle for control of Utopia with both plot threads providing for superb narrative twists that frame a pitch-perfect final chapter.

Had “Utopia?” been released a decade ago Rowlingson’s future world dominated by its last Megacity might have seemed improbable but given the ever-changing landscape of global politics, escalating conflict and climate change it begins to feel tantalizingly real!

An exceptional release from Rowlingson “Utopia?” is unreservedly recommended! 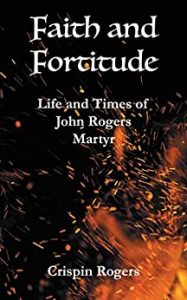