Redemption: A Novel of the Creation of Sumer By Regina Joseph 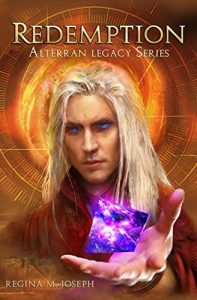 Sweeping drama and universe shaking significance are the foundation of Regina Josephs Alterran Legacy Series with pivotal alien origin theory once more resurrected in Redemption: A Novel of the Creation of Sumer.

The whole concept of searching uncharted space for alien life-forms is based on the premise that, if evolution occurred on the Earth, then it must have occurred elsewhere in the universe and this is an idea and theme that Joseph continues to explore through parallel & interacting storylines between early humans and Alterrans.

As with Colony Earth, Khamlok and Resurrection, Redemption has energy and a tremendous sense of scale with Joseph delivering grand science fiction adventure from beginning to end that’s full of action, twists and turns and a broad array of powerful and intriguing characters that have subtly changed throughout the series. And no less than her central characters EnLil, successor to the throne of Alterra, and the beautiful Alana, a human Atlantean acolyte priestess.

There’s never a dull moment and with Joseph’s desire to tell an epic story against a huge backdrop shining through on every page it’s not hard to let yourself be carried away by her enthusiasm.

Redemption picks up where Resurrection left off but not before Joseph gives her readers a brief prologue which given the complexity of the Alterran Legacy Series makes for essential reading.

Far too many releases in the science fiction genre simply seek to overwhelm with increasingly farfetched technology and outlandish characters, but here Joseph not only keeps it measured but brings an essential philosophical depth that encourages readers to not only reflect on the essence of our humanity but our origins too.

A superb release in an epic series that offers its readers pure escapism Redemption: A Novel of the Creation of Sumer is an unreservedly recommended five star read. 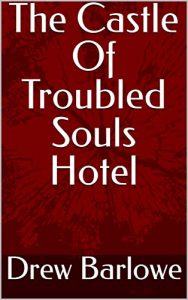 Seamlessly integrating futuristic hi-tech Latoria is quick to build a kinetic atmosphere which explores future militarism along with its underpinning values system which in turn adds an important degree of moral and intellectual depth.