A BookViral Review Of Singular By Larry Buenafe 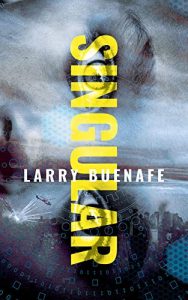 SUMMARY: How far will a parent go to save their child? If you’re John Taylor, you’ll go as far as it takes.  The year is 2051.  Due to a devastating natural disaster and a regime oppressive to any technological advances that are not military in nature, most progress has been slowed to a standstill.

The BookViral Review: A new character, a new series and Buenafe seems set to build on the success of Ferdie and The Seven with the release of his high concept superhero novel Singular. Nanotechnology has become a popular theme in science fiction and the superhero universe but it takes something special to really stand out and Buenafe has this covered with Singular proving a concept with endless possibilities. Combining a host of great characters and a dystopian backdrop with Lukey at the centre Buenafe is once again on form with his ability to quench our thirst for high octane adventure. Lukey has been rebuilt to be stronger and faster but don’t make the mistake of thinking you have read much of the same before. With his integrated A.I. Ava, Lukey is a character in the making which not only allows for a lot of full-on action but a good amount of humour too with Ava talking in riddles and Lukey having to interpret her meaning. It’s a canny and interesting slant with clever wordplay but it also provides for great character development as Lukey begins to discover the full extent of his powers, Add to this a cliff hanger ending with the fate of Lukey’s father in the balance and it makes for a superb read.

Another excellent release from the pen of Larry Buenafe, Singular is a worthy successor to Ferdie and the Seven and is recommended without reservation. 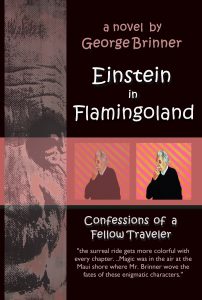 Einstein in Flamingoland – Confessions of a Fellow Traveler

With bad actors in close pursuit, a Hopi Indian cabbie motors Maui artist Gille Barker and an illusive Albert Einstein through Arizona deserts and Louisiana bayous to New Orleans in search of a satchel’s mysterious contents and the secret to life’s design. 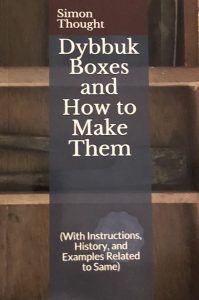 Dybbuk Boxes and How to Make Them

Can folklore be reality?

Part instruction manual, part ghost story collection, and part history lesson, this volume in thirteen chapters is a how-to guide for trapping an evil entity, known as a dybbuk, in a box.