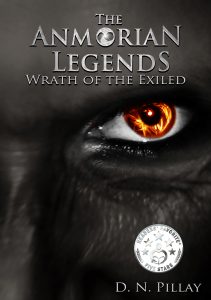 SUMMARY: His world long since shattered following the invasion of his home planet, Rezaaran Valhara is abandoned by fate to slavery. However, his fortunes take an unexpected turn when he is offered a chance to join the Intergalactic Revolution of Independent Systems in the ongoing war against the Obsidian Dominion.

With the scale, scope and execution to rival the best in the Fantasy genre The Anmorian Legends – Wrath Of The Exiled proves a rare gem of a read. Easily rising above the raft of forgettable and dull imitators the genre has spawned to give us something genuinely original.

You can take it for granted that the world-building is exceptional. Comfortably on par with the likes of Robert Jordan, Joe Abercrombie and Brandon Sanderson with the depth and scope of Pillay’s worlds beautifully detailed to provide us with so much more than a vehicle in which his characters can move around. This is equally true of the extensive and well-reasoned cosmology and system of magic he has created in which dimensions and layers are introduced to create a refreshingly original take on old tropes.

These alone are reasons to pick up a copy of Wrath Of The Exiled and begin reading but ultimately it is Pillay’s characters that truly set his novel apart. His characterization is superb and from start to finish we’re drawn into the maelstrom of Rezaaran’s life. We feel his loss, we watch as his confidence grows and he learns to wield the power of the Vaux to become a mage. In short, Pillay makes us care for his characters and what they are going through which given the scope and complexity of his plot is no mean feat.

With a cliff hanger ending and a bevvy of truly brilliants shocks and twists Wrath Of The Exiled is one of those novels, you will finish and want to immediately pick up the sequel. It is recommended without reservation. 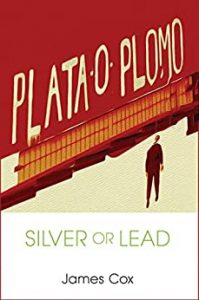