A BookViral Review Of The Austin Paradox By William R Leibowitz 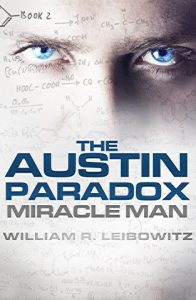 SUMMARY: Having lost his extraordinary intellectual powers in a laboratory explosion that was intended to kill him, Dr. Robert James Austin, the greatest genius in history, whose medical cures saved countless millions, struggles to find meaning in a life that has become devoid of purpose.

With far too many science fiction thrillers paying superficial homage to originality, it’s rare to find a writer who manifests diversity in thought and execution, whilst avoiding the pitfalls of overt imitation. Bringing a unique and compelling voice to the genre, Leibowitz set himself apart with his debut novel Miracle Man and The Austin Paradox now kicks his series into overdrive. With plotting that is fast-paced, elegant and compelling it’s a shrewd, expansive and propulsive story that encompasses all the requisites of great science fiction. Detail is Leibowitz’s forte, it was clearly evident in Miracle Man and with backstories firmly established it’s again the bedrock of Leibowitz’s narrative as he questions the notions of heroism and good vs evil whilst painting a picture of just how “real” people with all their foibles might deal with being gifted extraordinary abilities. It isn’t an easy genre for authors to distinguish themselves in and competition remains fierce, but Leibowitz instinctively understands the devices of his chosen genre and what it takes to stand out. From the quality and depth of his writing to literary values he respects established tropes whilst continuing to break new ground

Delivering another superb novel Leibowitz has done his many fans proud with a truly exceptional thriller. The Austin Paradox is recommended without reservation and is an absolute must-read. 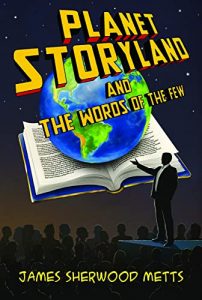 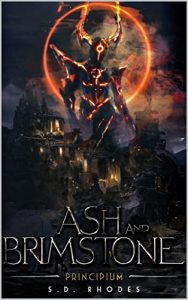