A Review Of The Grim Reaper By William Hanna 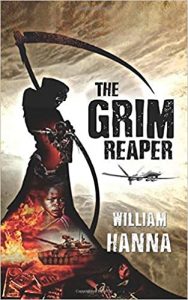 Freelance correspondent, Mike Walker, has made it his mission to condemn ethnic cleansing in Palestine and the West’s complicity in senseless wars of attrition in Afghanistan, Iraq, Libya, Syria, Yemen, and elsewhere in the world.

Wars in which Private Military and Security Companies (PMSCs) provide assistance – legitimized, packaged, and presented by PR consultancy companies as “risk management” and “security solutions” – to governments and corporate interests operating in high-risk, complex environments for the purpose of extracting national resources.

In short, he’s playing with fire and he knows it. But he won’t be intimidated.

A powerful and endlessly fascinating political thriller about private military and security companies and the changing face of military interventions around the globe Hanna has delivered a highly original and thought-provoking read.

Taking off at a cracking pace he combines the force of frontline journalism and the emotional kick of melodrama to put a very human face on shocking statistics. Played out against a backdrop of reform and revenge, bribery and betrayal whilst his astute character development is as good as the genre gets

Extensively researched Hanna weaves fact and fiction to seamless effect with his narrative both unsettling and intellectually exhilarating, and, like any good piece of pedagogy, it whets the appetite for further study. His social commentary is timely and far-reaching but the points are made without too much breast-beating as disparate timelines and interlocking stories converge.

Despite the popularity of political fiction, it remains a rare thing to find a novel with interesting characters in dense, intelligent storylines, but in Mike Walker, that’s exactly what The Grim Reaper offers. His story is both fearless and ambitious with equal parts passion and calculation that gives us real-world relevance and a plot that feels unerringly authentic.

Simply a sensational Political Thriller and a fine introduction to Hanna’s novels The Grim Reaper is recommended without reservation. 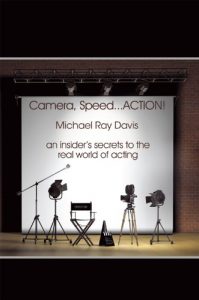 Books On The Performing Arts

A great little manual for the. Davis offers a practical no-nonsense guide containing a plethora of tips and tricks to help all who are new to the hard-to-negotiate and sometimes disheartening process of auditioning and negotiating through their career.