A Review Of The Sleepwalker By Brian James Gage

A sprawling Gothic supernatural thriller set in Saint Petersburg, Russia, against the backdrop of the Fall of the Romanov Dynasty. Evoking elements of Jack the Ripper and Vlad Dracula, the first book in the Nosferatu Conspiracy series is an action-packed and suspense-filled alternative retelling of Rasputin’s diabolical influence over the final days of the Romanov Dynasty.

Vampire literature covers the spectrum of literary work concerned principally with the subject of vampires but whereas modern vampire novels tend towards the lavish and evocative The Sleepwalker gives us an altogether more authentic story and backdrop.

Enviably penned by Gage to create a haunting cacophony of images, he masterfully captures the timeless beauty and elegance of his St. Petersburg setting as he adds a unique and compelling twist to the age-old duel between good and evil.

Clever and evocative, he shrewdly reimagines the fall of The Romanovs at the hand of the Nosferatu Russian mystic and self-proclaimed holy man Grigori Yefimovich Rasputin. Creating a dark and intriguing plot, without resorting to the trite clichés that have become increasingly commonplace in less imaginative works.

Bold, gruesome and melancholic his characters are well observed and ably rendered for the quest upon which he has set them. Prince Felix Yusupov, Rurik and Empress Alexandra Feodorovna to name but a few. Each imbued with a real sense of purpose as a maelstrom of darkness looms ever larger and each one of them to linger in the reader’s memory, long after the last page is turned.

Chapter by chapter Gage has delivered an eerily compelling and hypnotic Gothic horrorfest to sink our teeth into and The Sleepwalker – Book 1 in The Nosferatu Conspiracy is recommended without reservation. 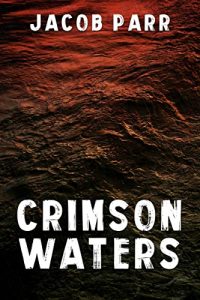 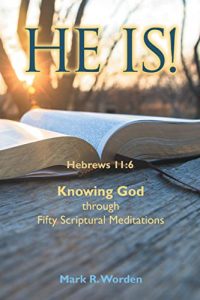 Mark Worden offers us his own personal spiritual reflections in ‘He Is’-Knowing God through 50 Meditations’. Taking phrases and passages from scripture and pondering on each ‘God is’ phrase, Worden encourages his readers to reflect deeply on the multi-faceting representation of God found in the Bible, how God is evident in nature and creation, and in how he interacts with humankind