A Review Of The Seventh Seal By A J Dobbs 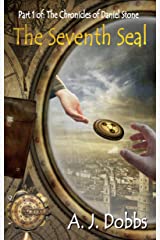 SUMMARY: Fifteen year old Daniel Stone’s world is turned upside down when he his kidnapped by the villainous Odling Smee. He learns that his late father was one of the seven Keepers of Thera charged with maintaining the balance of life on Earth and its alternate self Arthe and that this great responsibility has now fallen on him.

Smee is intent on overthrowing the Keepers and taking control of life itself and Daniel, as heir to the Seventh Seal, now stands in his way!

Compelling reading, underpinned by a clever and sophisticated plot, The Seventh Seal is the new release from A J Dobbs that confidently blends the vital elements of traditional fantasy with the farsightedness of science fact. A highly original and absorbing read, Dobbs brings a refreshingly new literary voice to an ever growing genre. His prose are sharp and he has an exacting eye for detail which adds a prevailing sense of authenticity to his fantasy world settings whilst ably managing to sidestep simplistic tropes where black and white prevails. There’s real momentum here that not only entertains, but adds much by way of social commentary which proves quite thought provoking and encourages the reader to ask ‘what if.’   Characters are imbued with a timely sense of presence and emotional gravitas, which adds significantly to the plausibility of his plot whilst the weaving of real life historical figures into the fabric of his narrative adds a magical perspective that is wholly beguiling.

By any stretch of the imagination, The Seventh Seal proves a superb debut and certainly deserves a prime place on your bookshelf. Boding well for future releases from A J Dobbs it is highly recommended. 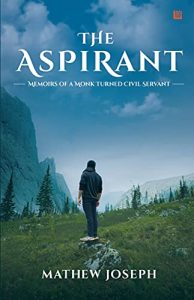 A highly enjoyable and spirited read from the start, there’s a lot for readers to like about The Aspirant. A memoir underpinned by a fluid narrative as author Matthew Joseph paints realistic pictures of India’s geographical, cultural and political landscapes from bygone eras. 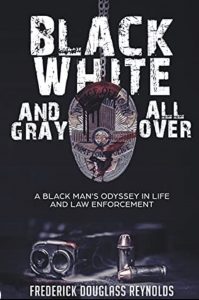 Brutally honest and loaded with insights, Reynold’s looks back over thirty two years as a police officer and detective to share what it’s really like to serve on the frontline whilst dispelling many widely held myths along the way.