A BookViral Review Of The Third Tour By Bob Stockton. 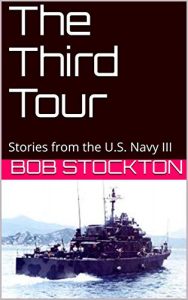 SUMMARY: Radarman First Class Zack Martin’s physical wounds that were inflicted when his ship was attacked by friendly aircraft while on patrol in Vietnam have healed. His psychological wounds are another story. Recently, the flashback dreams about his friend Campbell’s mortal wounding from that terrible morning have diminished, but the panic attacks have not. His fiancé Camille is pressuring him to leave the Navy and seek help. To add to his dilemma, word has just recently been received that his new ship, a destroyer, is headed back to combat duty in Vietnam waters.

The BookViral Review: An absorbing read from start to finish you don’t have to be a fan of military naval fiction to enjoy The Third Tour with Bob Stockton delivering an intelligent and emotionally gripping story that is hard to forget. With everything fans of the genre could want Stockton has the ability to simultaneously convey the excitement and emotional turmoil of war at its most demanding and on this level The Third Tour is almost documentary in its impact. Moving forward in quick, propulsive waves he rapidly draws us into the dangerous and exacting job of manning a warship in a time of conflict and central to this is Stockton’s remarkably textured characterizations. Beginning with Zack Martin he peoples his story with powerful and memorable characters and it’s these that take precedence throughout because ultimately it’s their story. Their bravery, their sacrifices and the memories they have no choice but to live with. Each of them a testament to the bravery of those who ensure our continued freedom and way of life.

An engrossing read in which Stockton brings every chapter to life, The Third Tour is strongly recommended. 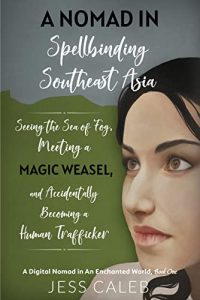