A BookViral Review Of The Wand chronicles: Elfistra the Sorceress by Michael Ross

SUMMARY: A Highly Enjoyable Sword & Sorcery Fantasy Novel. 2087. North West England. On a forest hunting trip there appears a column of white light. A portal between Earth and the Elvish dimension of Laniakeea.

The BookViral Review: With the arrival of the ‘Slice’ Hugo finds himself torn between two worlds as the scene is set for an interdimensional adventure on an epic scale. An ever-popular genre, fantasy continues to suffer from an abundance of mediocre stories and a lack of originality but Michael Ross acquits himself admirably with an intriguing and original debut novel which sees Earthan’s and the Laniakeea Elves coming together to face the Mandaxon and their renegade leader Rand Raneth. A full-on fantasy adventure where the momentum rarely wanes Hugo must contend with the heinous murder of his half-brother and win the trust of the Elven Queen but he doesn’t have to stand alone. With his feelings for Allana growing ever stronger and her magic proving a constant source of amazement fantasy fans will find their much-loved tropes in abundance whilst the amiable and ever resourceful Ding Ling brings a little humour to the darkest of chapters.

With well-conceived world building, conceptually clever technology and a host of magical creatures like the Barboski and the Kroleeth Lizards Ross has created a compelling magical fantasy novel. With the promise of more good things to come from The Wand chronicles Elfistra the Sorceress is definitely recommended.

New York surgeon Will McKeen is still recovering from a heart attack when he enters California’s Santa Cruz Mountains to begin his early retirement. There he receives a shock. Demented killers are at work among the misty, fog-strewn redwood trees he has dreamed about for years. 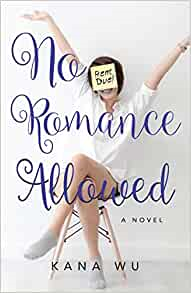 Weeks after no one acceptable has answered Rory’s ads for a female roommate in Irvine, California, a professional woman from London offers to pay six months’ rent upfront. The term is shorter than Rory had hoped for but better than nothing. And she seems friendly.