A BookViral Review Of Thinking Me Dead By Parker McCoy 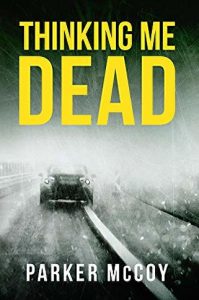 SUMMARY: Shooter Lighthouse works on a loading dock by day and retires home each night to his loving wife, Mary Lou. Their marriage is new but feels solid and they’re even trying for a baby. When an old accomplice tells Shooter that his mother didn’t just die in a car accident thirteen years ago but was actually murdered, Shooter can’t help but take notice.

The BookViral Review: Self-discovery is a common theme in literary fiction and yet so few authors deliver it with the pacing of a thriller or the panache of Parker McCoy. He doesn’t reinvent the wheel or revolutionize the genre but in many ways Thinking Me Dead is a remarkable debut and in no small way down to a clutch of superb characters, especially in Shooter Lighthouse, Mary Lou, Lars and Harlan Blackwood. With a richly textured narrative and a finely tuned plot a lot can happen in three months and for Shooter it’s going to take him places he’d never willingly go though unlike most novels about people living on the edge, Thinking Me Dead is never drab or depressing. Yes there is a good deal of melancholy, the seedy bars and dingy hotel rooms feel overtly real and at times permeate a sense of hopelessness but McCoy’s plot never loses it’s focus which dovetails nicely with his expressive prose. He is writing about ordinary people in extraordinary circumstances and through the emotions and sentiments he explores he makes them feel viscerally authenticate and engages us on an empathic level which proves altogether refreshing. Despite his obvious shortcomings it’s hard not to cheer for Shooter, particularly when he finally squares up to Harlan but whilst the identity of his mother’s killer feels tantalizing close McCoy keeps his dramatic reveal to his closing chapters. On this level Thinking Me Dead proves a highly entertaining read but ultimately Shooter’s story is about identity and it’s here that McCoy delivers the real emotional clout.

A superb debut from an author to watch, Thinking Me Dead is recommended without reservation. 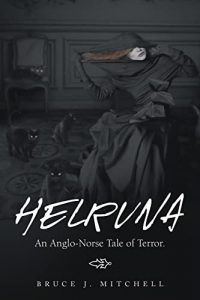