A BookViral Review Of Time for a Serial Killer By R. K. Mullins 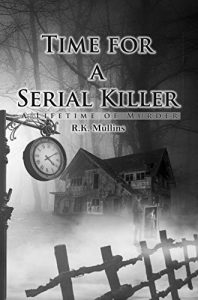 “Without warning, and with the swiftness of lightning, the hammer fell downward. She never saw it coming. She couldn’t even imagine the end she had planned for me wasn’t the end I had in mind”

Self-centred and down on his luck former Pulitzer prize-winning journalist David Erwin is a far throw from your stereotypical protagonist but he proves a smart creation for Mullins and one who’s bound to grab your attention!

A synthesis of noir elements Time for a Serial Killer revolves around David’s meeting with Randolph Cardigan and David’s attraction to Tamara. With Mullins’ narrative switching tone from friendliness to testiness, hostility, veiled threats and reconciliations as Randolph shares the darkest elements of his past. It’s clear that he’s no ordinary serial killer and as he talks, we vividly see what he describes as his story takes on an objective quality in our minds.

It’s on this level that Mullins deals a sleight of hand. Building the tension in sure calculating steps whilst leveraging the interplay between David and Randolph as the twists and turns of his plot keeps us on our toes. The clues are all there for a cracking ending with Mullins taking the time favoured tropes and conventions of the genre and fine-tuning them to deliver a genuinely clever twist which few will see coming till the closing chapters.

An intriguing debut with a genuine chill factor Time For A Serial Killer proves a strong debut for Mullins and one that should be met with approval from fans of the Murder and Serial Killer fiction. It is certainly recommended! 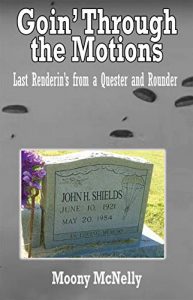 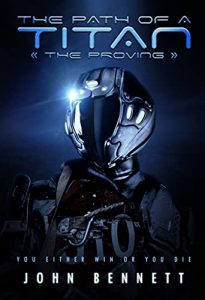