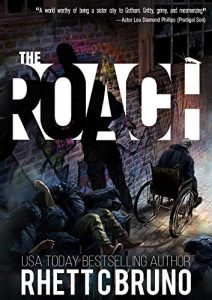 A string of killings. An identity stolen. Only he can find the truth.

Reese Roberts was the guardian of Iron City. It’s fearless protector. The only one willing to do whatever it takes… until he was shot on the streets and left paralyzed from the waist down.

Now, the vigilante known as the Roach has disappeared. Faded into legend.

It’s rare that a novel leaves you glued to your seat, wanting to read it again, but The Roach is certainly one of them as Bruno delivers an exquisitely crafted Vigilante Crime Thriller.

There’s a theory in publishing these days that readers have shorter attention spans and must be distracted by nonstop shocks or action but reads like these often prove thin and as shallow as a page in a graphic novel. Bruno does a more interesting thing. He certainly doesn’t skimp on the shocks or action. It’s clearly one of his fortes. Every action scene contributes, and The Roach rapidly builds momentum as it marches from page to page with vivid action snapshots. But with it, Bruno captures deep echoes of humanity.

His narrative is faultless but The Roach is not just about narrative it’s about style. The dialogue of Bruno’s book owes much to the hard-boiled pulp novelists of the 1950s. It internalizes The Roaches world with no time for drifting. He trusts his readers to pay attention and the pay off is that we get drawn into Reese Roberts Iron City without the distraction of trite tropes and tired clichés. He’s a hard man on mean streets, uncompromising and extreme with no hint of redemption.

If The Roaches story was a film it would be in black and white illuminated by flashbulbs. We’d see Reese Roberts in his wheelchair but it would be his essence we were drawn to. In the same way it would be with Laura and Vinny Statman. Three victims of their pasts and all on converging paths. Heading to what proves to be a cracking ending to an uncommonly absorbing novel.

An exceptional read and a fine introduction to other titles from Rhett C Bruno The Roach is a must-read for fans of Vigilante Crime Thrillers and is recommended without reservation! 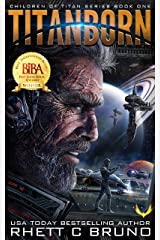 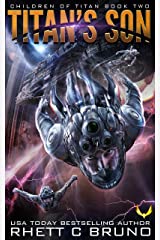