A BookViral Review Of When The Haboob Sings 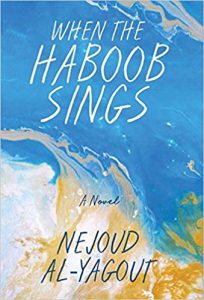 SUMMARY: When Dunya Khair writes a controversial article in the newspaper challenging the status quo in her country, the response — ranging from adulation to death threats — is swift.

The BookViral Review: Provocative and engrossing, When the Haboob Sings proves a notable release for Nejoud Al-Yagout and a must-read for those readers who enjoy fiction with thought-provoking social, cultural and religious commentary. Intelligent and impeccably written the duty of journalism to speak out is clearly a subject Al-Yagout cares about deeply and in Dunya Khair she has created a ferociously vibrant character. One who holds nothing back with her energy and heartache energizing Al-Yagout’s powerfully poignant narrative.

Perhaps the greatest hurdle to be cleared for a novel like this is the problem of incident but Al-Yagout comfortably incorporates Khair’s ideological ideas into the fabric of her story. Another author might have allowed religious and cultural commentary to dominate but whilst it demands the reader’s attention it is ultimately more cautionary in its intentions with Khair’s state of mind becoming increasingly erratic. On this level, Al-Yagout brings gentleness and open-mindedness to her narrative which not only articulates Khair’s internal struggle but makes it feel devastatingly authentic. Being sensitive both to the singularities of her protagonist’s psychological collapse and the indignities weathered by her as a woman.

An enthralling read which resonates with authenticity, When the Haboob Sings is highly recommended. 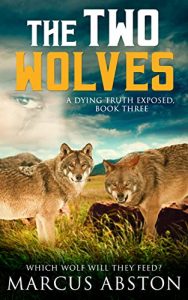 Ambitious in its scope Marcus Abston continues his “A Dying Truth Exposed” series with the release of The Two Wolves to give us yet another rich and intensely touching portrayal of life in a past age where racial tensions ran deep,