Fantasy writing has become an increasingly popular genre, proving both addictive to the reader and enthusiastically adopted by film and t.v media.  Bearing in mind the accepted conception of fantasy writing only began two centuries ago with fantasy novels such as ‘Phantastes’, and ‘The princess and the goblin‘ (George Macdonald), it’s popularity has increased exponentially. Why this surge of fascination?

Before answering this question, let us examine the genre in real terms. Despite the claims above, fantasy has indeed been with us far longer than Wikipedia would have us believe. Stories of fairies, goblins and  giants have been with us from time immemorial, passed down through word of mouth; as have myths of gods and super humans. However, with the passage of time, fantasy gradually became linked with tales for children, culminating in the world famous writings of Hans Christian Anderson.

Why then the steady resurgence of fantasy, particularly for the adult audience? George Macdonald, when asked the reason for his chosen genre, replied,

“I write, not for the children, but for the child-like, whether they be five, or fifty, or seventy five”-thus tapping into the imagination often laying latent in the adult mind.

Truly, the cares of the world, the mundane necessity of making a living, and the hum drum of ‘normal’ life can crush the magic of life, of the fantastical thoughts of youth, and the wonder the young hold for the world.

Fantasy transports us into another, altogether different world, re-firing childlike capabilities of escapism. Indeed, fantasy, unlike fiction, has no boundaries. We can be awed, astonished and amazed, the only limit being the mind of the writer, or indeed our own. In this world, both the writer and the reader can break free from convention and the laws of normality. There is no gravity, no barriers to time or space, and no limits of human capability. Fantasy encourages the reader to experiment with different ways of seeing the world, and allows us to explore concepts and issues that may be too overwhelming in the ‘real’ world, teaching us lessons that may be missed due to defensive thinking if presented in real life situations.

Added to this, reading itself expands and improves brain function, and provides similar benefits to deep meditation and inner calm- even as the dragon is about to consume you with its fiery breath….. 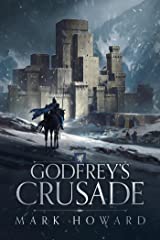